The people of Croatia could soon be growing their own cannabis for personal consumption. Well, that is if a lawmaker’s bill gains approval.

Holy – who formerly served as Minister for Environment – emphasized the fact that nobody has ever lost their life from a cannabis overdose; unlike other narcotics. She is striving for Croatia to become the first European country to legalize cannabis for adult-use purposes.

“When I started talking about it a few years ago, the reactions were terrible, but things have changed,” admitted Holy, who wants Croatia’s recreational cannabis market to follow in the footsteps of places like Canada, Uruguay and much of the United States.

As per the details of Croatia’s adult-use cannabis bill, sale and consumption would be permitted. In addition to this, consumers could grow their own plants at home; a nine-plant limit would be imposed on home cultivation.

Recreational cannabis in Croatia could benefit the economy 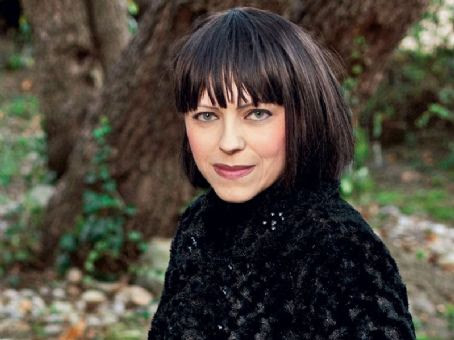 Holy has long been pushing for environmental betterment. She hopes to maintain a “high quality” standard of cannabis products industrywide. In order to accomplish this, she wants the government to work alongside private sector businesses as part of a state agency hybrid model.

”We propose a state agency hybrid (state/private) model to maintain the high quality (of the product) in the market. When it comes to the use of cannabis for recreational purposes, the bill would allow every adult to grow as many as nine female plants with high THC content for their personal needs,” she explained.

Holy’s bill to legalize recreational cannabis in Croatia is also designed to help tackle the illicit market. The politician says that it’s time for the country to capitalize on the economic rewards of legalization, what with North America’s market being valued at around $43.7 billion; while Canada has completely legalized, 33 U.S. states have passed medical laws and 11 permit adult-use sale/consumption.

Not only would Croatia’s recreational cannabis bill permit the legal sale, consumption and possession of cannabis for adult-use but also, it would lift restraints on hemp use for commercial purposes. Holy is urging legislative colleagues to reconsider any preconceptions they might have on the cannabis plant and its non-psychoactive strain; hemp.

”Hemp farming has great economic potential. Given its high quality in terms of cleaning soil and up to four times higher CO2 absorption, growing hemp can also be an important tool in the fight against climate change. The economic benefits are enormous, for the development of science, cosmetics use and paper production,” Holy added, praising the plant for its versatility in various industries; e.g. health and wellness, textiles, construction, biodegradable plastics and fuel.

Cannabis in Croatia has been decriminalized for personal use and legalized for limited medical purposes. The country’s medical cannabis law was effectuated in 2015 following a months-long campaign by advocates. Patients who are diagnosed with specific medical conditions can obtain cannabis prescriptions in Croatia.

Included on the list of qualifying conditions for medical cannabis in Croatia are cancer, epilepsy, AIDS and multiple sclerosis. Qualified patients can visit a licensed pharmacy to obtain their medicine; each prescription is valid for 30 days and monthly purchases are capped at 7.5 grams per patient.

Holy says that Croatia’s recreational cannabis bill will now be subject to debate, before making its way to a full parliamentary debate.

“We invite all those interested to participate in the public debate to read the bill and comments. It envisages the full legalization and liberalization of hemp, which means that it fully envisages harnessing all the potential of cannabis for economic, recreational and medical purposes,” explained Holy during an interview with RTL Direkt on February 10.

YIELD GROWTH Enters into Agreement to Acquire a 30% interest in Mushroom Business One...

Read in Spanish A group of researchers who grew different varieties of industrial hemp to remedy soils by coal mining in Pennsylvania (USA) found ...

Sun Kissed Industries, Inc. (OTC Pink: SKDI) is focused on the acquisition and development of CBD-based product opportunities and businesses. Shares of the CBD holding company soared 53%, during trading on Thursday, November 7, 2019. Over the past month, Sun Kissed Industries has seen average daily volume of under 7,000 shares. However, volume of 3.3…

FedEx Corporation (NYSE: FDX) is set to report its earnings results for the first quarter of fiscal 2020 on Tuesday, September 17, after the market closes. The bottom line will be hurt by loss from other retirement plans as well as higher costs and expenses, while the top line will be negatively impacted by the…