MedMen appears to be having a complete revamp of its board. In December, president and cofounder of the cannabis retail chain, Andrew Modlin, surrendered his super voting shares. Now, his business partner – co-founder and CEO Adam Bierman – will also give up his class A voting shares.

Restructuring procedures are set to take place, after MedMen revealed it is struggling to compete with black market prices and high tax rates. Back in February 2019, MedMen published financial statements showing under-par performance. The company then obtained a $100 million credit line from a cannabis-focused investment company in an attempt to buy some time.

Unfortunately, the company’s suffering has not subsided and Bierman confirmed that, as of February 1, 2020, he would officially step down as MedMen CEO. This is according to an announcement from the 36-year-old, who has maintained his position as MedMen CEO and Director since 2010.

“I continue to believe that MedMen is positioned to thrive,” Bierman said in a statement accompanying the announcement. “It’s time for our next iteration of leadership to capitalize on the opportunity we have created.”

Bierman will remain a shareholder and board member of MedMen 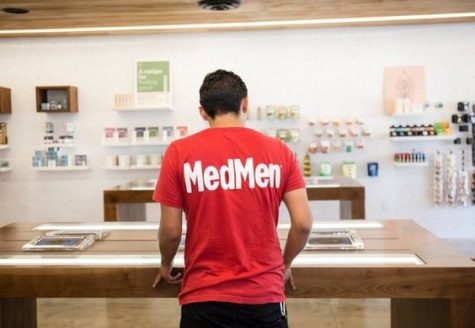 Although Bierman will continue to act as a shareholder and MedMen board member, his stockholder duties will be drastically reduced. However, a reelection meeting expected to launch on February 21 will determine whether or not he is reappointed to the team of shareholders.

Class A super voting shares will no longer be in Bierman’s ownership; shares that previously granted him more authority to vote than other company shareholders. Modlin, who has also relinquished voting rights, has passed his shares on to Wicklow Capital’s chief investment officer, Ben Rose; the shares will be in Rose’s ownership for at least one year.

July 2019 saw investment firm Wicklow Capital participate alongside fellow cannabis industry investor Gotham Green Partners to fund MedMen an additional $30,000,000 equity commitment; on top of a $250,000,000 investment from GGP. Then, on January 14, 2020, an announcement was released by MedMen regarding amendments to a US$78 million senior secured term loan that was funded on December 17, 2019 by Stable Road Capital.

“We entered Fiscal 2020 on a mission to build a more nimble and financially flexible MedMen,” said Bierman back in November, at which point MedMen was drowning in $223 million of debt. “As we right-size our organization and implement an intensified focus on free cash flow generation, our business will become more efficient, in turn allowing us to better serve our stakeholders. Through the successful execution of these goals, we expect MedMen will be EBITDA positive by the end of calendar year 2020.”

A committee of independent directors will be formed next month to confirm how much compensation Bierman will be awarded for his resignation. The forthcoming meeting will also determine the proportion of his shares between shareholders.

Internal and external candidates to be assessed for MedMen CEO replacement 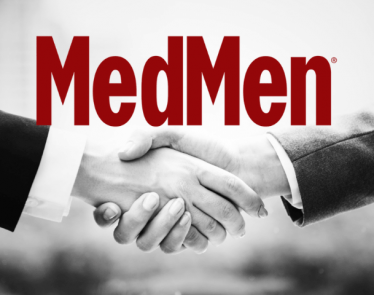 The timing couldn’t be worse for MedMen to lose one of its long-standing shareholders, what with the cannabis retail giant recently laying off hundreds of employees as a means of saving money. Moreover,  a $682 million acquisition agreement with PharmaCann collapsed in October and lingering debt woes meant that MedMen even offered to pay overdue bills with stock.

Just six months ago, MedMen shares were trading at more than $2, whereas on January 31, 2020, they were trading at 46 cents. A second-quarter earnings report is expected to be published on February 26. In spite of the company’s financial woes, analysts say that the departure of MedMen’s CEO is not a complete disaster. Jesse Pytlak of Cormark Securities – which covers MedMen – believes that the Bierman stepping down will be a “net positive for shareholders.”

“In our view, Bierman rightfully deserves credit for building MMEN into the most recognizable retail brand in U.S. cannabis. However, questions over his leadership approach and financial responsibility have been main concerns by investors,” wrote Pytlak. ”We therefore think that his departure will allow the company a fresh start with investors.”

Now that Bierman is out of the picture, the role of interim CEO will be taken by MedMen’s chief operating officer, Ryan Lissack. Meanwhile, the company will begin assessing internal and external candidates to fill the newly-open position.

Victims of mass murder to get justice

Is medical cannabis becoming a preferred ADHD treatment over Adderall?

In January, shares of pot stock Aurora Cannabis Inc. sunk by 12.5 percent. This wasn’t the only thing that shook the Canadian cannabis company this year. On Thursday, February 6, a statement from Aurora announced that Chief Executive Terry Booth will be retiring from his role amid “sweeping changes” occurring for the cultivator. Just one…

A national perspective on cannabis potency in the United States has been published in the form of a report by Confident Cannabis. Acknowledged as the world’s biggest real-time database of legal cannabis, the California-based data provider strives to assist producers in turning over a better profit.  The company – which specializes in Analytics, Cannabis, E-Commerce,…

Canopy Growth Corporation (“Canopy Growth” or the “Company”) (TSX: WEED), (NYSE: CGC) is pleased to announce today that on November 22, 2019, it received its operating and secure storage licence from Health Canada for its 150,000 sq. ft. beverage facility located at company headquarters in Smiths Falls, ON. The new facility is operational and will…

The UFC Fighting circus is back with another event packed with upcoming rising talents! The UFC Fight Night 159 will take place on September 21, 2019, in the beautiful Mexico City, Mexico. We’re more than ready to instantly deliver you the live UFC Results from the sold-out Mexico City Arena as the main event action…

By EMILIO LANERA  This story is part of MOJO News campaign #HearMeOut to have a Federal Minister for Suicide Prevention appointed * Human Rights scholar Baden Offord's mother told him to take his own life when he was 17, after she caught him having sex with his male best friend. “I had a bit of a nervous…