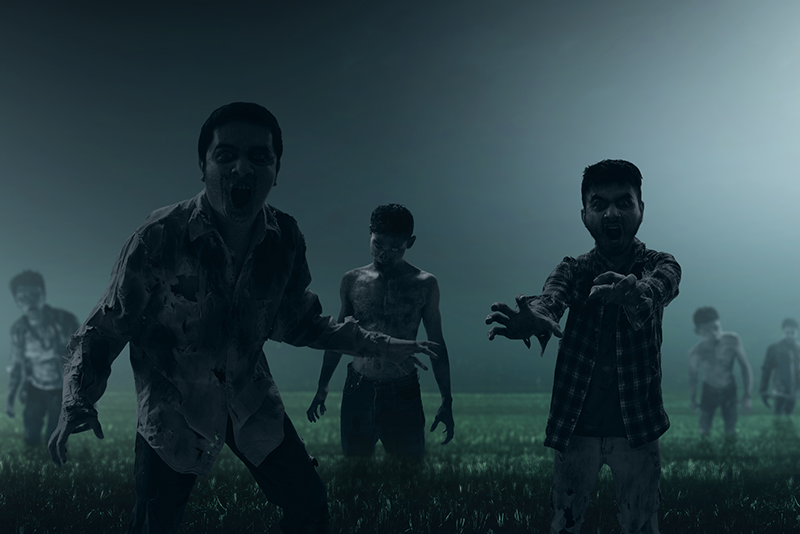 A local runner fled a horde of Strava users yesterday, racing into his house and barricading the door against the advancing mob.

The runner, Colin Blunstone, barely made it inside before the stumbling, lurching app-lovers reached his porch. Blunstone, 54, is one of a handful of endurance athletes still not on Strava, a fitness app and social network that uses GPS to track users’ activity.

“Join us,” moaned the pack of runners and cyclists, some dressed in athletic gear and clutching smartphones. Several clawed at Blunstone’s door while others peered through his windows.

“Never!” shouted Blunstone, shoving a sideboard in front of the door. “Go away!”

“It’s a great way to see what your friends are up to,” groaned a Strava user through the door’s mail slot.

“It seamlessly tracks your performance stats and makes analyzing your data over time a breeze,” mumbled another.

At last report, Blunstone was hunkered in a corner of his living room, surrounded by 28 years’ worth of paper training logs.

Chef Dee, The Happy Chef is Back for Episode 4

Can You Patent a Plant?

Study Finds CBD May Be Effective In Tumor Treatment

The Cannabis Job Market In United States Is Alive And Well

Why This Is the Best Cannabis Stock in Canada

Does Weed Expire? Yes and Here’s How to Keep it Fresh for Longer

How Long Does CBD Stay in Your System?

In January, shares of pot stock Aurora Cannabis Inc. sunk by 12.5 percent. This wasn’t the only thing that shook the Canadian cannabis company this year. On Thursday, February 6, a statement from Aurora announced that Chief Executive Terry Booth will be retiring from his role amid “sweeping changes” occurring for the cultivator. Just one…

A national perspective on cannabis potency in the United States has been published in the form of a report by Confident Cannabis. Acknowledged as the world’s biggest real-time database of legal cannabis, the California-based data provider strives to assist producers in turning over a better profit.  The company – which specializes in Analytics, Cannabis, E-Commerce,…

China-based electric carmaker Nio Inc. (NYSE: NIO) is set to report its second-quarter earnings results on Tuesday, September 24, before the market opens. The bottom line will be hurt by higher costs and expenses while the top line could be benefited by higher deliveries. The results were hurt by challenging sales environment and slow macro-economic…

Read in Spanish The Supreme Court of Mexico ordered the Ministry of Health to create the necessary regulations for medical cannabis within in a ...