A lawsuit that could have imposed limits on Utah’s medical cannabis industry recently died in a Utah high court.

In addition to this, the Court acknowledged that Utah’s medical cannabis ballot initiative replacement puts a cap on the number of dispensaries and cultivation operations in the Republican state.

Filed by a group called The People’s Right, the medical cannabis lawsuit argued that, since the group had gained more than two-thirds support in both chambers of the legislature, they maintained a legal right to replace the medical cannabis legalization ballot measure with an amended version. 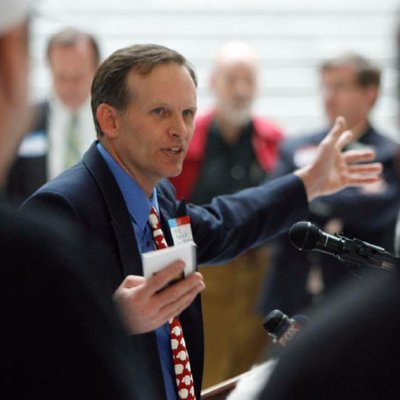 Head of the organization, Steve Maxfield, optimistically submitted Utah’s medical cannabis lawsuit alongside Daniel Newby, of Taylorsville. However, the lawsuit fell flat when the court found that two-thirds provisions of the Utah Constitution and Utah Code do not apply to legislation if the legislation is amended.

“The charade is over. Utah’s supreme court has confirmed that the initiative process, the last resort Citizens thought they could use to resist the network of corruption infesting every branch of government, was an illusory fraud all along,” said Newby after the lawsuit was tossed on Tuesday, August 7.

“Utah Citizens have been denied their right ‘to alter or to abolish’ their own government (Declaration of Independence) through peaceful means. So-called initiatives are nothing more than non-binding resolutions conspiring politicians use for toilet paper,” Newby added.

Maxfield said that the Utah Supreme Court “have once again failed the citizens of Utah.”

Another medical cannabis lawsuit in Utah is still being pondered over

A separate lawsuit was filed by the Epilepsy Association of Utah in conjunction with Together for Responsible Use and Cannabis Education (TRUCE). The group is comprised of “concerned patients and caregivers advocating for safe legal access to medical cannabis in Utah,” as per the website.

Along with the voices of Utah’s parents and caregivers, the Association is fighting for the same as Maxfield and Newby; to amend the Utah Medical Cannabis Act.

House Bill 3001 passed on December 3, 2018. Immediately after the law was effectuated, the Epilepsy Association and TRUCE filed a lawsuit in 3rd District Court.

“The first concerns the right of the people to pass initiative legislation without interference by the Legislature,” said former SLC mayor and Attorney Rocky Anderson. “Some argue that initiative laws are just like any other laws and the Legislature can repeal them or amend them at will.”

Although the lawsuit is still alive and kicking, it is uncertain whether or not the Supreme Court will consider it.

The post One medical cannabis lawsuit is still alive and kicking in Utah, following the demise of a recent lawsuit appeared first on Cannabis News Box.

2 Common Investing Mistakes to Avoid at All Costs

L Brands Inc. (NYSE: LB) announced its decision to separate its Victoria’s Secret business into a private entity in a deal with Sycamore Partners on Thursday. This move has been welcomed by most experts and the stock is currently trading in green territory. This appears to be a step in the right direction but it…

Salesforce (NYSE: CRM) is working to double its revenues in the next five years, which was announced by the management while reporting robust third-quarter results a few months ago. After setting new records consistently, the company’s stock reached an all-time high this week. The customer relationship management firm is probably on track to achieving the…
Michigan, US
clear sky
36.7 ° F
39 °
34 °
69 %
2.9mph
1 %
Sun
37 °
Mon
35 °
Tue
31 °
Wed
34 °
Thu
25 °

During the last few months, several leading US cannabis companies have reported quarterly financial results that show impressive growth and this is a trend that is expected to continue for the foreseeable future. When we look at the size of the US cannabis market, we see an industry that is still in its infancy and…