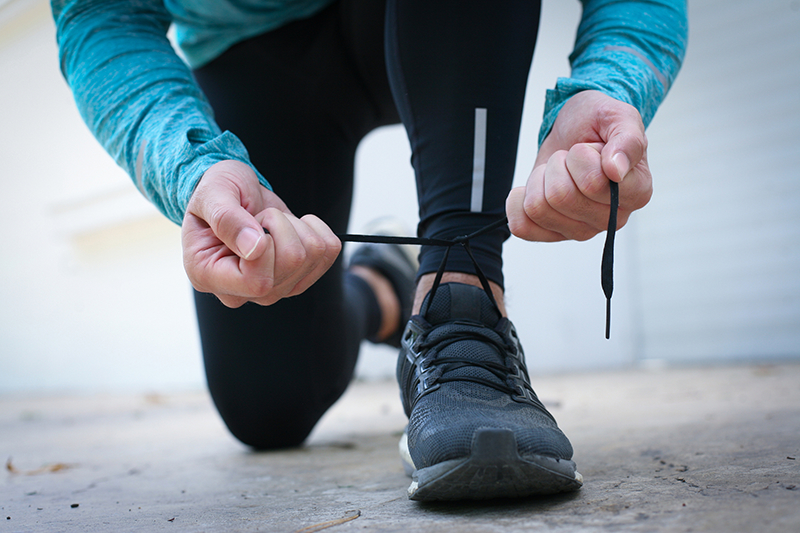 A report published today says that at least 80% of injuries among runners can be blamed on wearing shoes on the wrong feet.

The news is sure to shock athletes and doctors alike, who for decades have taken for granted that most adults know which shoe goes on which foot.

“We’re as surprised as anyone,” said Matt Foley, Ph.D., the report’s lead author and a professor of podiatry at Van Riverside College. “It literally never occurred to (doctors) to ask injured runners, You know the left shoe goes on the left foot, right?”

The report appears in this week’s issue of People magazine.

Historically, running injuries have been blamed on everything from running gait to overtraining, biomechanical deficiencies to worn-out running shoes.

“This report blows all of that out of the water,” said Foley. “The answer was so simple, and it was right in front of us all along.”

“Wait, let me rephrase that. Be certain you’re putting them on the correct feet—right shoe on your right foot, and left shoe on your left foot.”

If you put your running shoes on and the toes of the shoes are pointing sort of outward, not inward, said Foley, take them off and start over.

“Even if you’re confident that your shoes are on properly, it only takes a few seconds before heading out the door to look down and double-check,” he said. “Better safe than sorry.”

buy me a beer!

Vapen MJ Ventures Has A Clear Path To Profitability

Bamboo is a recognized “versatile renewable resource” that protects the environment.