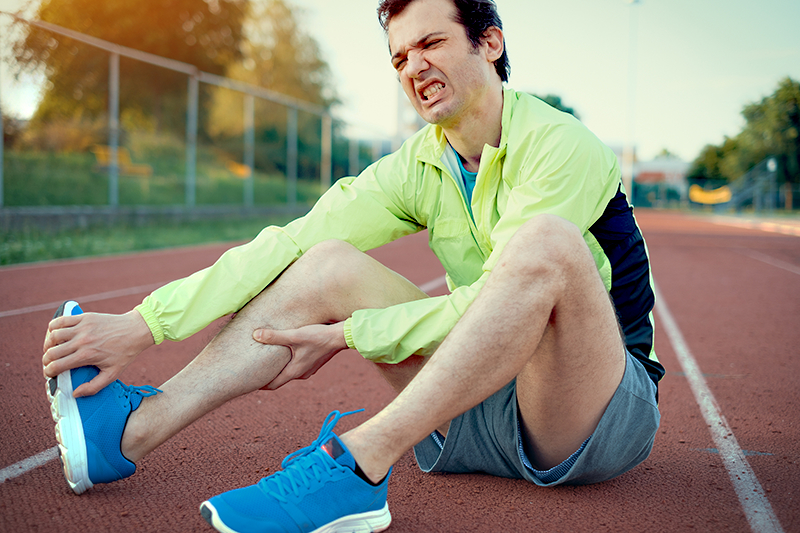 A national group of doctors and exercise physiologists today issued new guidelines for the treatment of sports injuries, recommending that injured athletes wince and clutch the site of the pain.

The guidelines reverse decades’ worth of advice on injury treatment, which until now had included things like ice and heat; compression; rest; and judicious use of over-the-counter pain medications.

“Yeah, none of that stuff works,” said Gavin MacLeod, president of the American Society of Sports Rehab People (ASSRP). “After looking at this issue from every possible angle, we have concluded that the single most effective approach to sports injuries is to stop, grab the body part that hurts, and wear a twisted mask of pain.”

Depending on the severity of the injury, said MacLeod, these steps may be performed while standing, crouching, sitting, or lying on the ground.

“Your body will tell you which approach is called for,” he said. “Listen to your body.”

Cursing, he added, is optional.

Doctors aren’t sure how wincing and clutching alleviates pain, but some speculate the two acts may spur the release of endorphins, “feel good” substances produced by the central nervous system and pituitary gland.

Whatever the mechanism, ASSRP is urging athletes and doctors alike to embrace the new guidelines. The group said it plans a public education campaign encouraging injured athletes to “Wince ‘n’ Clutch.”

A sheepish MacLeod also apologized “for all those years of telling people to ice and rest and stuff.”

HYTN Is Setting The Industry Standard For Cannabis Beverages In Canada

Local Man Loves Everything About Running Except for the Running Part

The Best Marijuana Stock to Own for the Next 50 Years

Does Cannabis Impair Driving Long After the High is Gone?

In Ep 4 The Struggle team rejoices as Senator Pauline Hanson finds climbing Uluru as difficult as understanding why she shouldn't be up there in the first place. The team investigates internships that could see millennials washing cars for less than minimum wage. Lastly, we attempt to heal the Amazon rainforest, while having a giggle…

Want to double your money in 2020? It won’t be easy. Since 2006, the S&P/TSX Composite Index has only increased by 43%. When dividends are included, the performance looks a bit better, but the fact remains that the TSX average failed to double over a 14-year period. How then can you expect to double your…

PharmaCielo Receives Acceptance from TSX Venture Exchange of Supply Agreement for Export of 2018...

PharmaCielo Ltd. (“PharmaCielo” or the “Company“) (TSXV: PCLO, OTCQX: PCLOF), the Canadian parent of Colombia’spremier cultivator and producer of medicinal-grade cannabis extracts, PharmaCielo Colombia Holdings S.A.S., announced that further to its September 25, 2019press release relating to a supply agreement (the “Supply Agreement”) it has received TSX Venture Exchange ( “TSXV”) approval of the export from…