Study shows that the legalizing cannabis is one of the best ways to stop binge drinking.

Ever thought about how to stop binge drinking? When you think about problem drinking, the image probably involves paper bag covered bottles and drinking in the street. However, the truth about alcohol abuse in the United States is a little more complex. In fact, the most common form of alcohol misuse in the U.S. is binge drinking. The problem is so widespread that finding an answer is becoming increasingly urgent.

The United States polishes off around 17 billion alcoholic drinks each year. A big chunk of those drinks are consumed by binge drinkers, of whom there are around thirty-seven million. According to the CDC, 1/6 US adults binge drinks four times per month. They drink around seven drinks in each binge. However, regular readers won’t be surprised to learn that cannabis could have a role to play in addressing the problem of how to stop binge drinking.

Research by investment bankers Cowen & Co. found that states which have legalized cannabis have seen a reduced incidence of binge drinking of 9% below the national average and 11% below non-legal states. 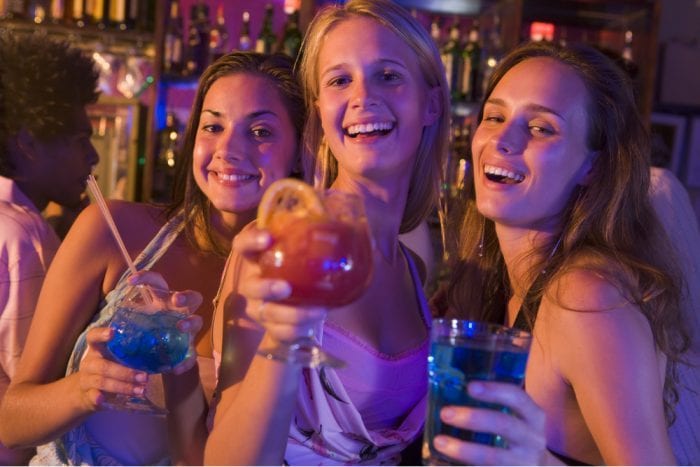 “It appears the alcohol industry has valid reason to be concerned about legal marijuana and may need creative strategies to avoid market decline if it passes,” said University of Georgia assistant professor Pengyuan Wang. The study used data from 28 million web searches and 120 million ad impressions between January 2014 and April 2017.

In addition to examining the links between recreational cannabis, alcohol, and tobacco, the research looked into how legalization affects interest in cannabis among adults and teens. The authors found that, in legalized states, searches about cannabis increased by 17% among adults, but that searches in under 19s decreased.

The scientists believe that reductions in interest in cannabis could be explained by young people’s rebellious tendencies. They suggest that illegal cannabis can make youths feel proud or rewarded when they provoke disapproval from parents or society.

In short, once cannabis becomes legal, it’s less cool for young people. Previous research supports their conclusions. It found that stricter tobacco policies actually increase interest in tobacco among youth. The authors suggested, counterintuitively, if policy makers want to reduce teen cannabis use, then making cannabis more available and less stigmatized could be the most effective approach.

The evidence has obvious implications for alcohol and tobacco industry sales. The fact is that overconsumption is a nice earner for the alcohol industry. People finding out how to stop binge drinking could hurt their bottom lines. Furthermore, other studies have found that alcohol sales drop 15% in states with legal medical cannabis. So, it’s no surprise that major alcohol and tobacco companies are hedging their bets by investing in cannabis.

A recently released study suggested that legalization can help to reduce cannabis consumption in teens; furthermore, this is beyond its effects on interest in alcohol and tobacco.

Scientists at Montana State University examined two-yearly surveys of 1.4 million US high school students taken between 1993 and 2017 by the US Centres for Disease Control and Prevention. 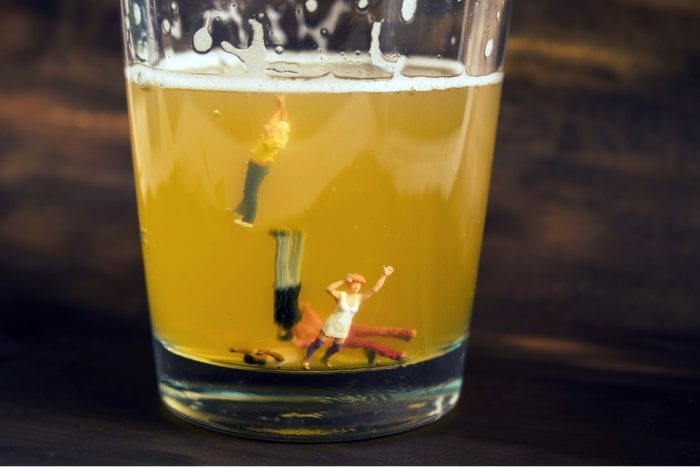 The results “should help to quell some concerns that use among teens will actually go up” with legalization, the lead author Mark Anderson told the associated press.

The authors believe that recreational legalization could actually make it more difficult for teens to get hold of cannabis due to dispensaries operating under strict proof of age requirements. Furthermore, dispensary cannabis is often less affordable than black market alternatives.

Previous studies have been unclear on the effects of legalizing recreational cannabis on teen consumption. However, the results of Anderson’s et al.’s study could have greater validity, given the sheer volume of data analyzed.

Overuse of alcohol is a complex issue with no easy solutions. We need more research to fully answer the question of how to stop binge drinking in America. However, it looks like legalizing cannabis might play a role in reducing binge drinking, alcohol sales, and interest in alcohol.

On top of that, large scale studies have found that legal cannabis can help reduce rates of cannabis consumption in teens. While the alcohol industry might disagree, that sounds pretty great to us!

The post How To Stop Binge Drinking: Choose Cannabis appeared first on RxLeaf.

Revenge, upsets and humiliations: all set for AFL finals 2019

Earnings preview: What to look for when Box reports Q2 earnings

Afghanistan: Blast kills nine children as they walk to school

The Coronavirus outbreak has halted the operation of global businesses, schools and the cannabis industry. Cases of coronavirus have been confirmed in all 50 U.S. states. Health scares – combined with the fact that supply is running short, due to China’s factories closing temporarily – has caused pot stocks to plummet. However, Arkansas’ medical cannabis industry doesn’t…
Michigan, US
overcast clouds
45.5 ° F
48 °
42 °
56 %
2mph
90 %
Tue
59 °
Wed
60 °
Thu
46 °
Fri
35 °
Sat
46 °

How To Make Your Own THC Lozenges And Why You Should

Flu season has hit the Northern Hemisphere and THC lozenges should be in your recovery kit. Between pharmaceuticals and natural remedies, there are no shortage of potential treatments available. But what does cannabis have to offer? Turns out quite a lot, and THC lozenges are one effective way of getting over the heavy head and…

Many investors refer to ancillary cannabis companies as the picks and shovels of the industry, a phrase that is frequently used to reference the types of companies that were successful during the gold rush in the 1800s. The most successful businesses during this period were the ones that sold the tools and clothing that was…

Does Kava Have a Spiritual Side?

I’ve spent more than half my life exploring and working with various plants.  One of my favorite plants to help me relax is one that continues to gain steam in the mainstream, but is still very much in the shadows; Kava Kava.  I’ve been in the Kava biz for nearly 20 years, and despite all…